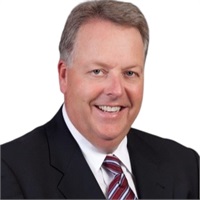 Doug began in the financial services business in 1986 working as a financial advisor at a national firm located in the Midwest. Later, Doug spent over 20 years at a global financial services firm where he held several management positions including Branch Manager, Divisional Manager, Chief Marketing Officer, and Divisional Executive Vice President. He led his advisors and branch to national awards, consistently ranking as one of the top in the country.

Doug holds a BSBA in Finance from the University of Missouri-Columbia. He has served on the Finance Council of St. Michael the Archangel Catholic Parish, and as Chair of that Council. He is currently the Chair of the St. Michael the Archangel Endowment Board of Trustees. Doug has been inducted into the Herbert J. Davenport Society of the College of Business at the University of Missouri. He has served as “Professor for a Day” at Missouri’s College of Business on several occasions, and is currently a member of the College’s Management Advisory Board. He and his wife, Sherrie, are the proud parents of Jake and Megan. 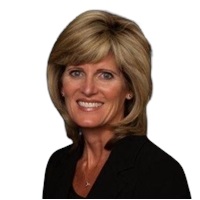 Susie’s financial services career began in 1986, when she took a position in Trust Administration with a local bank in San Diego. In 1992, she made a career change and joined Sentra/Spelman; two broker/dealers owned by her family. From 1992 – 2001 she had roles in Compliance, Equity Trading, Operations, Commissions, Transitions and Recruiting. She held executive roles including Chief Compliance Officer.

In 2002, after the family firms were sold to AIG, she launched Girard Securities. She was instrumental in the firm’s growth and held various leadership roles including Chief Compliance Officer, Chief Operations Officer and ultimately Chief Executive Officer.

She is a graduate of the University of San Diego and holds Series 7,24 and 63 and is insurance licensed.
Susie is a native of San Diego; where she lives with her husband Scott and their two Australian Shepherds. Her hobbies include the equestrian sport of dressage (AKA ballet on horseback) and Spanish guitar.